Snowflakes & Wine: What Could Go Wrong?

YOU GUYS!!!! I'm teaching a snowflake class at Oceans5 in Shoreham. Here's the deal--you get a glass of wine on the house (or a virgin specialty drink if you like instead) and the bead kit and my class! You get to leave with a very pretty snowflake made with Swarovski crystals! Hang them on the tree, windows, or adorn a present with one. All you need to do is register (in person, call, or online). It's Thursday, December 7th--don't wait! 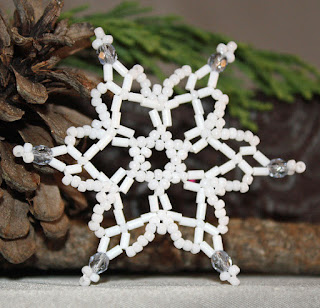 Posted by Claudine M. Jalajas at 7:55 AM No comments:

I have a bunch of classes coming up soon and will be at the Huntington Library for the first time! The classes at Huntington should be really great as they're letting me do a 3 part series. So the more difficult projects people are always asking for will be an option as we have more time to get the projects done. (Not limited to a single 2 hour session).

Posted by Claudine M. Jalajas at 9:46 AM No comments:

(I realize this is not about jewelry. I wanted to share this with you for St. Patrick's day. It was originally published in the East Hampton Star).

My father used to roll his eyes and say, “Everybody’s Irish on St. Patrick’s day.” For the most part, being a Mick wasn’t something people bragged about.  It immediately makes you think of potatoes, famine, sad songs, and beer. 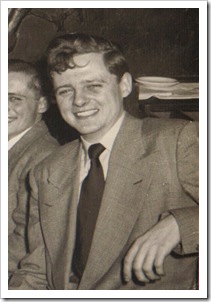 My father William (Billy) McCormack was the oldest of three boys from Brooklyn and about as tough as they came. My grandmother was frequently told to 'wake up Billy' in the middle of the night when he was a young teenager so he could help his father, a police officer, who would have found himself in the middle of a bar-fight and needing some extra muscle. When he was 16 he enlisted in the Navy under a false name (that his World War I veteran father gave him) to join the fight in World War II. For two years he stood on the back of a destroyer looking for enemy submarines, dropping bombs into the water with his bare hands. He was court-marshaled at 18 when it was discovered he wasn't who he said he was on his enlistment papers. In light of his courage he was granted honorable discharge after fulfilling the rest of his contract with the government under his own name. Later, he settled on tending bar as a career. It was as close to being on stage as he would ever come.

Billy, a classic Irishman, answered most questions with a story or a joke. He'd lay out the joke slowly, as if pouring a drink desperate not to spill a drop. Taking a long drag on his cigarette, he'd review his audience to ensure they were all paying attention. As he let out the smoke from his lungs, he'd reveal the punch line and survey the laughter. He died when I was a young girl and the grief nearly destroyed me--I really loved being Billy's daughter. 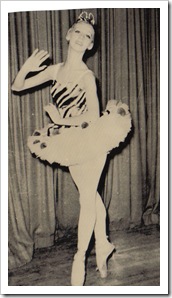 My Mom had a French father but her mother was a direct descendant of Ireland.  I did some family tracing a few years ago. I was able to find my family roots as far as 1600’s for my grandfather, the Frenchman, but my grandmother’s roots stop very short.

My mother's great-grandmother Katherine Cane was seven years old when she found herself alone on the banks of the Isle of Orleans outside Quebec. Her family, along with the majority of passengers, had been wiped out from typhoid fever on the ship escaping the famine and disease of Ireland in 1847. The stories are varied, but she may have had a sister who also survived. They were separated and adopted by different families. My grandmother said the two sisters once saw each other in town while shopping but were pulled away immediately and never saw each other again. We can only verify the existence of Katherine. The ship burned shortly after arriving to Quebec. All was lost, including the ship's manifest. The only thing left are the stories.

Even though he was not that great of a husband and made questionable parenting decisions, my mother has always spoken very fondly of my father.  I doubt my mother knows about the many Sunday afternoons I spent spinning on bar stools while my father drank, feeding me maraschino cherries for lunch, and quarters for the jukebox.  My mother tells me that the first thing she noticed about my father were his big blue eyes.  My middle son, Max, reminds my mother of him and she always says it with nothing but admiration.

I made a big pot of corned beef and cabbage over the weekend. While it cooked in the slow cooker there were a lot of turned noses and whines, “What is that smell?” I know none of them like it but I decided I didn’t care and made it anyway.  Once it was ready and gave myself a hearty portion.  I mashed the potatoes into my cabbage and put butter and salt. I put a big dollop of yellow mustard on my plate to dip the corned beef. I took a bite and closed my eyes. For a moment I was five-years-old in my mother's kitchen. My parents weren’t divorced and we were a family.  We were the McCormacks.

(This was previously published in the East Hampton Star, 2010)
Posted by Claudine M. Jalajas at 7:47 AM No comments:

Since I’m asked often when and where I’m teaching next, I thought I’d make a list for you. I know, it really IS so thoughtful of me. If you want me at your local library ask your adult education coordinator. They LOVE it when people do that! (actually, I'm not sure about that--but it can't hurt). Or, email me and I'll hit them up, too.

If you can’t make the class and would like to try it on your own, I sell the patterns and kits on my ETSY shop. Patterns are sold for immediate download on ETSY and my CRAFTSY pattern shop.

Want to make one of these cool snowflake ornaments? You can use them for more than just the tree--they look great in the window and make nice teacher gifts (if you LIKE the teacher). ;)

Posted by Claudine M. Jalajas at 11:17 AM No comments: 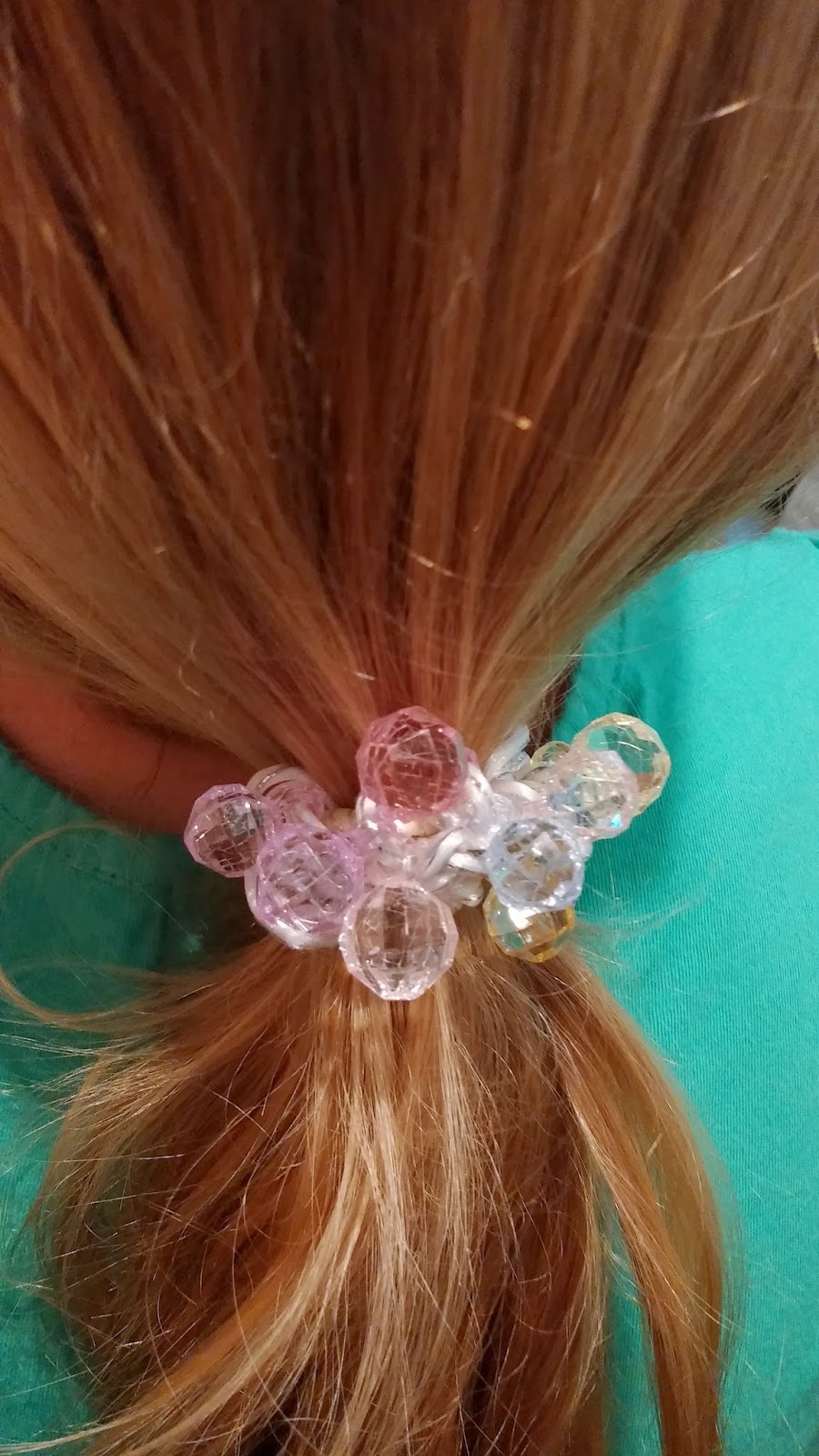 My daughter Annabelle doesn't like jewelry. Yes--I know. It's been difficult for me to handle BUT it turns out she will allow me to make her pretty hair ties. She also confided in me one day that it makes her happy when people are impressed they're hand-made. (I should qualify--she likes jewelry on everyone but her. She wears earrings but only under protest). ;)

Anyway, I came up with some hair ties that she likes and I enjoy making them for her. They're easy to make and if she loses them I'm ok with it because I'll just make more (and I honestly just don't stress about that kind of thing anyway).

Here's what you need:

1.  String all your decorative beads on your cord/yarn/thread.


2.  Tie your cord around the pony tail holder and secure it with a knot.

3.  Attach your thread to the crochet hook. Go under the pony tail tie, pull the cord from the other side through the tie, wrap the cord around the crochet hook (to do a double crochet) and pull thread through your loops.


4.  Continue around the pony tail tie until you have it covered. (You can pull the stitches over a little to fit more in. Depends on how much you want to cover up the hair tie in the base).


5.  Do a single crochet into the first row of crochet you did. Chain one.


7.  Single crochet in next hole on the first row of crochet you did. Chain one.

9. Single crochet around the entire base.

10. Remove hook and secure your thread with a knot. I normally like to drop a dab of bead glue on the knots to make sure they're secure. Just make sure you don't USE the hair tie til you're sure that glue is dry. ;)


Posted by Claudine M. Jalajas at 2:39 PM No comments:

In the Lovely Month of May

It will be May in ONE day and yet here I sit with a fleece jacket on in my office--freezing. This is the year of the elusive Spring day. I need the sun to warm my face--I'm sure that I'll stop complaining once that happens. I also solemnly swear to NOT COMPLAIN ONE TIME about being hot this summer. I swear it, I swear it, I swear it!

Mother's day is COMING!!!  For Mother's everywhere (hey--that's me too!) I am offering discounts on jewelry! 20% off anything in stock. I can make things for you too (custom) but it does depend on what it is (some stuff takes time to make and I want to make sure there's time to get it to mom--you don't need THAT kind of guilt trip when your gift doesn't arrive on time, right? You know the sigh I'm talking about, "Oh... sigh.. it's alright... I don't need a gift...sigh")

So the coupon code is MOTHER20. Shop it up!!  -->Belle Jewelry Designs
Posted by Claudine M. Jalajas at 9:22 AM No comments:

So I have four main places you can follow me; Facebook, Twitter, Pinterest and Instagram. I'm hiding coupons in each of these locations and they are all different values. So far, only one has been published. I will publish the other two later this morning. All coupons will be published by 10am EST.

Follow me for your special egg of savings in my ETSY shop. These won't rot your teeth, add calories to your diet, or melt in your hands. I'm not saying you shouldn't have chocolate though--that's pure insanity. Life is short--eat chocolate and wear lots and lots of jewelry.

Pinterest
Posted by Claudine M. Jalajas at 6:20 AM No comments: